Home - First World War - They came from across the globe - Germans

In the German military cemetery in Lens-Sallaumines: Paul Mauk, the boy soldier

Paul Mauk, the youngest soldier to enlist in the Great War, is laid to rest in the section set aside for German soldiers at one end of the cemetery in Lens-Sallaumines, surrounded by his 15,645 comrades. He was just 14 years of age. On 6 June 1915, a stray bullet tore off his forearm and set fire to the ammunition he was carrying in his pocket. He died the next day, “without making the slightest complaint”.

War broke out during the year of his communion. “Paul Mauk was a very open young man who never hid his feelings”, writes Ernst Jünger*, a German essayist and novelist. “He had a natural kindness”, the German goes on to add, “and a straight-forward cheerfulness”. When he was little, Paul wanted to become a doctor “to ease suffering and to be of service”.

The boy loved flowers, as well as tales of battle. Those of Felix Dahn in particular and above all the novel “A Struggle for Rome”, in which the character Tolita was his favourite hero. Paul Mauk was the sixth in a family of eight children. Born on 19 July 1900 in a village in the Black Forest, he grew up “surrounded by love” in Freiburg, and was particularly close to his brother Walther, who was just a year older than him.

Dressed in a communion suit
When war was declared, these two young boys “aware of their responsibilities” signed up at barracks 113, wearing their communion suits to disguise their youth and to lend them a serious air.

They were also well-built and mature for their age so it would not have been so difficult to deceive their interviewers. The two brothers obtained a certificate of aptitude for all types of firearms and were enlisted in reservist companies. Following tough training in the 4th company they were sent to the 3rd, “where Paul was noted for his humour, enthusiasm and talent as a sniper”. When Christmas came along, the Mauk brothers took care of the tree, gifts and surprises for their comrades within the company – they were, after all, little more than children… (download the pdf to read more) 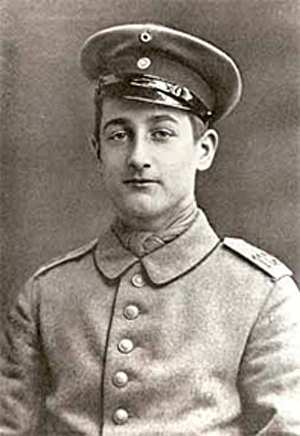