Home - First World War - They came from across the globe - Americans

from La Fayette to Lorette

LONG LIVE America! On 13 June 1917, around two hundred American soldiers and civilians disembarked in Boulogne-sur-Mer. At their head was General Pershing, commander-in-chief of the American Expeditionary Force. America was ready to “finish the job in Europe”, and its participation in the Great War would be one of the keys to the Allied victory. On 11 November 1918, a total of two million “Doughboys” or “Sammies” – nicknames for soldiers from the U.S.A. – were in France, a million of whom had already seen combat; and Foch, Pétain and Pershing already had plans for the involvement of four and a half million men in 1919. By the end of the war, more than 100,000 Americans had lost their lives, and 200,000 had been wounded, in places such as Saint-Mihiel, Château-Thierry, the Argonne, Marne and Meuse. This “official story” has somewhat eclipsed the participation of American volunteers in the conflict well before the U.S.A.’s official entry into the war in the spring of 1917.

In August 1914, a few days after the German attack on Belgium, 43 young Americans started their training with the famous Foreign Legion. Their motivation? Quite simply, their love of France, and the defence of their beloved freedom… plus, of course, a taste for adventure! These Americans, the majority of whom were either intellectuals, students or artists (such as the poets Alan Seeger and Henry Farnsworth), found themselves alongside Spanish, Greek and Swiss (including the writer Blaise Cendrars) volunteers. Why the Foreign Legion? This was the only option that would ensure that they kept their American citizenship, given that the United States was not yet at war with the German Empire. These volunteers would see action in some of the bloodiest battles of the Great War, including the French offensive which began on 9 May 1915 (Neuville-Saint-Vaast, Carency, La Targette, Les Ouvrages Blancs) and culminated in the capture of the Notre-Dame-de-Lorette hill.

Asheville, North Carolina, in a valley in the Appalachian mountains. War is declared in Europe. The Rockwell brothers, Paul and Kiffin, buoyed by a spirit of “liberty, equality and fraternity”, write to the French consul general in New Orleans in order for them “to pay their share of the debt to Lafayette and Rochambeau”.

They didn’t wait for the reply which was a long time coming and took the first available ship, to Liverpool, on 3 August 1914.

From here they travelled to Le Havre and Paris, and quickly on to the French Legion on 30 August. Training followed in Rouen, Toulouse and the Mailly camp, before they were “plunged” into the trenches. Wounded at the Chemin des Dames, Paul left active service and became the war correspondent for the Chicago Daily News. In 1925, he fought in the Rif War and served in the American army during the Second World War. (download the pdf to read more) 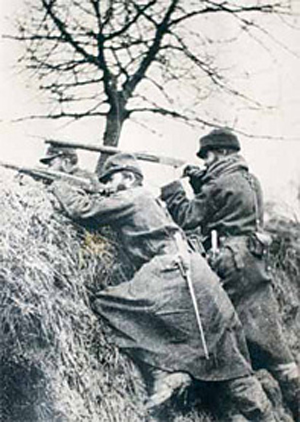 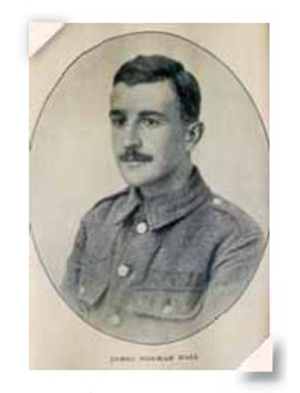